This exceptionalism is then explicitly tied to the Greek gods or their direct offspring who serve as the movers and shakers of world events. World War II is described as a “fight between the sons of Zeus & Poseidon on one side, and the sons of Hades on the other,” and among the list of notable divine offspring Riordan lists William Shakespeare, Thomas Jefferson and George Washington. (And yes, it is only white men who are cited as famous demigods in this book.)

Creating a world in which the divine offspring of Greek gods shape the course of western civilization is already sipping at a pretty racist cocktail, but Riordan goes much further when he explains that all of these offspring are considered to be part of the same genetic bloodline. One character specifically says of the dozens of demigods assembled at “Camp Half-Blood” (No, I’m not making this up, that’s… really the name. For real.): “We’re all extended family,” and as Percy meets various campers, he repeatedly notices a “family resemblance.” To put this distinction between demigods and mortals into starker relief, Percy later receives a sword that can harm monsters and demigods, but learns from Chiron that “the blade will pass through mortals like an illusion. They simply are not important enough for the blade to kill.” (Emphasis added to highlight the absurdity of this sentiment.)

In short, Riordan has imagined that western civilization — which he here equates with Civilization Itself — has been shaped by a genetically distinct population with divine parentage who are all, to a person, more important than the entirety of the general population. We’ve now moved from sipping that racist cocktail to slamming the whole damn thing. Especially when you consider that all of these gods and demigods are white, and the only two (yes, two) people of color in the entirety of The Lightning Thief are monsters (Medusa and Charon) with foreign accents (I know).

When a book is weird in all the right ways but it's also just wtf weird, until the wtf parts start to make sense and you have to give the book funny looks because where could this all be headed? . . #bookstagramming #bookishness #bookphotography #urbanfantasy #mythology #darkfiction #fantasybooklover #readingallthetime #readersofinstagram #booksofinsta #orangebooks #paperbacks

I’m not sure where it’s headed myself because I’ve barely seen volume 3. – Gabs 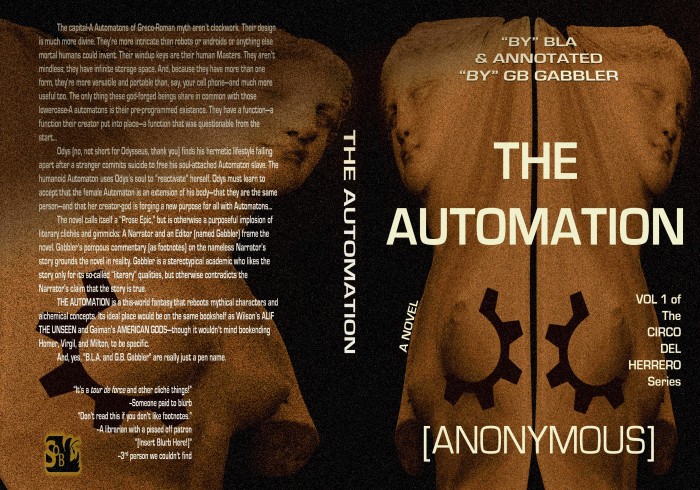 Sound like something you’d wanna read? Well, it’s your lucky day, because we’ve got a Goodreads giveaway going on right now! Ends St. Patrick’s day (US only).