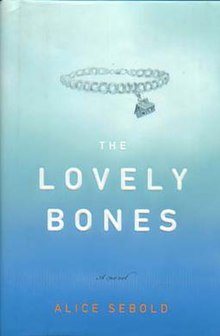 Daughter of Smoke and Bone

Children of Blood and Bone

Continue this list — tell us what we’ve missed in the comments below.

Of course, Clare was reviled—and adored—in Harry Potter fandom even before the plagiarism charges against her came to light. And fan fiction itself has come a long way, spawning numerous real-world stars, fan writers such as E.L. James who move on to publish best-sellers. Clare was among the very first to do this. But the prospect of going pro and striking it rich seems to many fan-fiction writers like a serpent in the garden, corrupting what once felt like an idyllic, egalitarian gift-economy of like-minded dabblers. Once, fandom was a destination in itself; now it’s just another stepping stone for ambitious writers with their eyes on a richer prize. Like so much of the idealism of the early Internet, this, too, has become an offshoot of the marketplace. “I think what you don’t understand,” one friend told me when I expressed bafflement that Clare’s fellow fan-fiction writers didn’t view the popularity of her books as a feather in their collective cap, “is that a lot of them just feel used.” When I admitted that didn’t make sense to me, she added, “It’s hard to explain, but that doesn’t mean it isn’t real.”

First black woman to open a comic book shop on the East Coast shares her reading recs https://t.co/ico0z1OQXI via @dailydot

Why the Banning of A Birthday Cake for George Washington Matters: https://t.co/ZlEv7ZBD8m

"I am skeptical that capitalism has a future," Cory Doctorow tells Jacobin. https://t.co/wGjdyFVSP2 pic.twitter.com/upVMWBPxGm

Robots must value humans or 'they could kill us out of kindness' https://t.co/ebAaHf8hFN