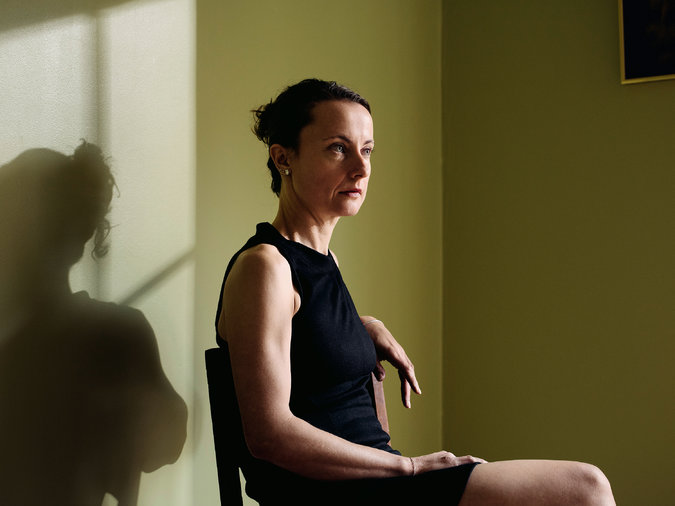 “If you’re going to admit that stories matter,” Wilson told me, “then it matters how we tell them, and that exists on the level of microscopic word choice, as well as on the level of which story are you going to pick to start off with, and then, what exactly is that story? The whole question of ‘What is that story?’ is going to depend on the language, the words that you use.”

Throughout her translation of the “Odyssey,” Wilson has made small but, it turns out, radical changes to the way many key scenes of the epic are presented — “radical” in that, in 400 years of versions of the poem, no translator has made the kinds of alterations Wilson has, changes that go to truing a text that, as she says, has through translation accumulated distortions that affect the way even scholars who read Greek discuss the original. These changes seem, at each turn, to ask us to appreciate the gravity of the events that are unfolding, the human cost of differences of mind.

The first of these changes is in the very first line. You might be inclined to suppose that, over the course of nearly half a millennium, we must have reached a consensus on the English equivalent for an old Greek word, polytropos. But to consult Wilson’s 60 some predecessors, living and dead, is to find that consensus has been hard to come by. Chapman starts things off, in his version, with “many a way/Wound with his wisdom”; John Ogilby counters with the terser “prudent”; Thomas Hobbes evades the word, just calling Odysseus “the man.” Quite a range, and we’ve barely started. There’s Alexander Pope’s “for wisdom’s various arts renown’d”; William Cowper’s “For shrewdness famed/And genius versatile”; H.F. Cary’s “crafty”; William Sotheby’s “by long experience tried”; Theodore Buckley’s “full of resources”; Henry Alford’s “much-versed”; Philip Worsley’s “that hero”; the Rev. John Giles’s “of many fortunes”; T.S. Norgate’s “of many a turn”; George Musgrave’s “tost to and fro by fate”; the Rev. Lovelace Bigge-Wither’s “many-sided-man”; George Edgington’s “deep”; William Cullen Bryant’s “sagacious”; Roscoe Mongan’s “skilled in expedients”; Samuel Henry Butcher and Andrew Lang’s “so ready at need”; Arthur Way’s “of craft-renown”; George Palmer’s “adventurous”; William Morris’s “shifty”; Samuel Butler’s “ingenious”; Henry Cotterill’s “so wary and wise”; Augustus Murray’s “of many devices”; Francis Caulfeild’s “restless”; Robert Hiller’s “clever”; Herbert Bates’s “of many changes”; T.E. Lawrence’s “various-minded”; William Henry Denham Rouse’s “never at a loss”; Richmond Lattimore’s “of many ways”; Robert Fitzgerald’s “skilled in all ways of contending”; Albert Cook’s “of many turns”; Walter Shewring’s “of wide-ranging spirit”; Allen Mandelbaum’s “of many wiles”; Robert Fagles’s “of twists and turns”; all the way to Stanley Lombardo’s “cunning.”

One way of talking about Wilson’s translation of the “Odyssey” is to say that it makes a sustained campaign against that species of scholarly shortsightedness: finding equivalents in English that allow the terms she is choosing to do the same work as the original words, even if the English words are not, according to a Greek lexicon, “correct.”

“What gets us to ‘complicated,’ ” Wilson said, returning to her translation of polytropos, “is both that I think it has some hint of the original ambivalence and ambiguity, such that it’s both ‘Why is he complicated?’ ‘What experiences have formed him?’ which is a very modern kind of question — and hints at ‘There might be a problem with him.’ I wanted to make it a markedly modern term in a way that ‘much turning’ obviously doesn’t feel modern or like English. I wanted it to feel like an idiomatic thing that you might say about somebody: that he is complicated.”

I asked: “What about the commentator who says, ‘It does something that more than modernizes — it subverts the fundamental strangeness of the way Odysseus is characterized.’ I’m sure some classicists are going to say it’s flat out wrong, ‘Interesting, but wrong.’ ”

“You’re quite right,” she replied. “Reviewers will say that.”

How, I asked, would she address such a complaint from someone in her field?

“I struggle with this all the time,” Wilson said. “I struggled with this because there are those classicists. I partly just want to shake them and make them see that all translations are interpretations.” Most of the criticism Wilson expects, she says, will come from “a digging in of the heels: ‘That’s not what it says in the dictionary, and therefore it can’t be right!’ And if you put down anything other than what’s said in the dictionary, then, of course, you have to add a footnote explaining why, which means that pretty much every line has to have a footnote. …” Wilson paused. “That goes to what this translation is aiming to do in terms of an immersive reading experience and conveying a whole narrative. I don’t know what to say to those people, honestly.” Wilson laughed her buoyant laugh. “I need to have a better answer to them, because they will certainly review it, and they will certainly have a loud voice. They just seem to be coming from such a simple and fundamental misunderstanding.”

“Of what any translation is doing.”

What a translation is doing — and what it should do — has been a source of vigorous debate since there were texts to translate. “I’m not a believer,” Wilson told me, “but I find that there is a sort of religious practice that goes along with translation. I’m trying to serve something.”