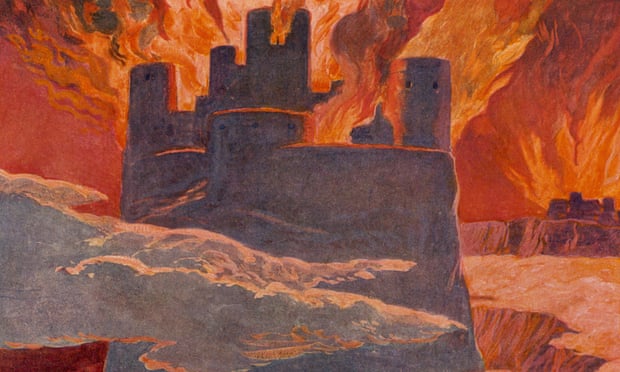 “What finally left me feeling dissatisfied is, paradoxically, the pleasant, ingratiating way in which he tells it. These gods are not only mortal, they’re a bit banal. They talk a great deal, in a conversational tone that descends sometimes to smart-ass repartee. This chattiness will be familiar to an audience accustomed to animated film and graphic narrative, which have grown heavy with dialogue, and in which disrespect is generally treated as a virtue. But it trivialises, and I felt sometimes that this vigorous, robust, good-natured version of the mythos gives us everything but the very essence of it, the heart.

The Norse myths were narrative expressions of a religion deeply strange to us. Judaism, Christianity and Islam are divine comedies: there may be punishment for the wicked, but the promise of salvation holds. What we have from the Norse is a fragment of a divine tragedy. Vague promises of a better world after the Fimbulwinter and the final apocalypse are unconvincing; that’s not where this story goes. It goes inexorably from nothingness into night. You just can’t make pals of these brutal giants and self-destructive gods. They are tragic to the bone.” -Ursula K. Le Guin reviewing Norse Mythology by Neil Gaiman.