“Dependency has been used to justify slavery, patriarchy, imperialism, colonization, and disability oppression. The language of dependency is a brilliant rhetorical tool, allowing those who use it to sound compassionate and caring while continuing to exploit those they are supposedly concerned about.

In many ways the thinking behind the humane meat movement is a philosophy built on the idea of independence. Domesticated animals and human being shave evolved together to be interdependent—animals help human beings, and we in turn help the animals—or so the argument goes… Instead a disability perspective on interdependence recognizes that we are all vulnerable and receive care (more often than not doing both at once) over meat conversation is a much-needed analysis of what it means to be accountable to beings who are vulnerable.

People also justify it through ableist conceptions of the natural and of dependency, which suggest that there is a depoliticized thing called ‘nature’ that determines what kinds of bodies and minds are exploitable and killable, and that excuses uses those who are weaker and dependent for our own benefit. When animal commodification and slaughter is justified through ableist positions, veganism becomes a radical anti-ableist position that corporeality—socially, politically, environmentally, and in what we consume. In other words, veganism is not just about food-it is an embodied practice of challenging ableism through what we eat, wear, and use and a political position that takes justice for animals as integral to justice for disabled people… Veganism is an embodied act of resistance to objectification and exploitation across difference—a corporeal way of enacting one’s political and ethical beliefs daily.” – Sunaura Taylor, Beasts of Burden.

Recommend a BookTuber video in the comments and it could make our Tuesday post!

“It’s hard to believe that in 2016—15 years after Eric Schlosser’s Fast Food Nation and a decade since Michael Pollan’s The Omnivore’s Dilemma, knowing what we know about the ravages of carnivorousness on animals and the environment—so much stereotyping of vegetarianism remains.

Fiction can help us see beyond stereotypes by both reflecting our own lives back at us and inviting us to imagine ourselves in lives decidedly different from our own. I set out to take a look at portrayals of vegetarians in fiction for precisely that reason, and I was surprised by how difficult it was to recall and find notable veg characters. Food plays a defining role in our lives; in fiction, showcasing what characters eat is one way to reveal those characters’ traits to readers. Why there aren’t more memorable characters who follow a vegetarian diet is perplexing, but the books on this (by no means exhaustive) list offer a glance at some nuanced representations of vegetarianism in literature.”

Hope to see Odissa Odelyn from The Automation on a list like this someday. But her vegetarianism isn’t really addressed until Volume 2.

We deserve to see a happy ending. A mediocre ending. An ending that doesn't result in death, or hetero-washing. LGBT fans deserve better.

"Luke is not gay he kissed Leia"

Well actually, Leia kissed him to prove a point to Han. There was no romance, that kiss doesn't mean shit!

But what if instead you didn't read another white dude #WomensHistoryMonth https://t.co/DJ41O3cPcC

How 'we need diverse books' can move beyond wishful thinking: https://t.co/NgYIt57LvI

Ursula K. Le Guin on being a man: https://t.co/KNwyQ2miCT

Is it feminist of me if I googled "Aphrodite's husband" because I couldn't for my life remember his name? #Hephaestus 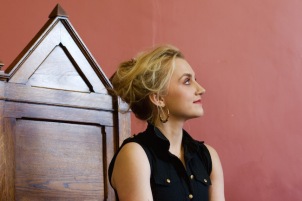 When actress Evanna Lynch, who played the wonderfully whimsical Luna Lovegood in the Harry Potter series, walked into the room, you could feel the excitement building in the crowd. “It feels like I’m on trial, damn. What’s my crime?”, the actress joked as she walked past the eager crowd. Lynch immediately appeared comfortable and approachable, setting the tone for the remainder of the session…

She explained that the environment is not the reason she made the decision to cut meat and animal products from her diet. Instead, simply put, she believes that “killing and eating animals is a betrayal of our own core humanity” and that “killing an innocent goes against our nature”. From this point, her argument looked at history, evolution and the reasons consuming meat and animal products continue to be the norm in our society. Finally, she urged the audience to “check [that their] practices align with [their] principles”.

At the end of her speech, she half-jokingly mentioned that her father warned her that she would probably be heckled and booed when speaking on this topic. This was not the case, as the crowd listened cautiously and subsequently asked insightful questions during the Q&A session.

The inevitable shift from a focus on Lynch’s beliefs on veganism to her role in the Harry Potter series came when a fan asked: “Shifting from animal fears to human fears, did you have any fears about playing that role in Harry Potter?”. The audience as well as Lynch immediately broke into laughter, and Lynch responded with saying that “there was no right way to make that transition, was there?”, well aware that the crowd was interested in hearing about her role as Lovegood.

Lynch was also questioned regarding the newest addition to the Harry Potter franchise, the stage production of Harry Potter and the Cursed Child. The session finished with Lynch answering one final question about the positive impact Lovegood has on fans and readers in terms of being proud of who they are and accepting themselves. She ended the session by saying: “That lovely message of ‘I’m weird but I’m ok’, you know. I’m happy to spread that, and I’m glad she’s such an advocate.”