Publishers Are Taking the Internet to Court via @thenation https://t.co/Yc3XvmnnV0

Also, if you’re an #indieauthor, you can share your book with the Internet Archive’s Open Library https://t.co/Nk2RNjZ5FS

What’s amazing is that the difficulty of creating this situation of “fully democratized information” is entirely economic rather than technological. What I describe with books is close to what Google Books and Amazon already have. But of course, universal free access to full content horrifies publishers, so we are prohibited from using these systems to their full potential. The problem is ownership: nobody is allowed to build a giant free database of everything human beings have ever produced. Getty Images will sue the shit out of you if you take a historical picture from their archives and violate your licensing agreement with them. Same with the Walt Disney Company if you create a free rival to Disney+ with all of their movies. Sci-Hub was founded in Kazakhstan because if you founded it here they would swiftly put you in federal prison. (When you really think about what it means, copyright law is an unbelievably intensive restriction on freedom of speech, sharply delineating the boundaries of what information can and cannot be shared with other people.)

But it’s not just profiteering companies that will fight to the death to keep content safely locked up. The creators of content are horrified by piracy, too. As my colleagues Lyta Gold and Brianna Rennix write, writers, artists, and filmmakers can be justifiably concerned that unless ideas and writings and images can be regarded as “property,” they will starve to death:

Is there a justifiable rationale for treating ideas—and particularly stories—as a form of “property”? One obvious reason for doing so is to ensure that writers and other creators don’t starve to death: In our present-day capitalist utopia, if a writer’s output can be brazenly copied and profited upon by others, they won’t have any meaningful ability to make a living off their work, especially if they’re an independent creator without any kind of institutional affiliation or preexisting wealth.

Lyta and Brianna point out that in the real world, this justification is often bullshit, because copyrights last well beyond the death of the person who actually made the thing. But it’s a genuine worry, because there is no “universal basic income” for a writer to fall back on in this country if their works are simply passed around from hand to hand without anybody paying for them. I admit I bristle when I see people share PDFs of full issues of Current Affairs, because if this happened a lot, we could sell exactly 1 subscription and then the issue could just be copied indefinitely. Current Affairs would collapse completely if everyone tried to get our content for free rather than paying for it. (This is why you should subscribe! Or donate! Independent media needs your support!)

At the end of last year, I published a book on socialism, and at first some conservatives thought it funny to ask me “if you’re a socialist, can I have it for free?” They were quieted, though, when I pointed out that yes, they could indeed have it for free. All they needed to do was go to the local socialized information repository known as a public library, where they would be handed a copy of the book without having to fork over a nickel. Anyone who wants to read my book but cannot or does not want to pay for it has an easy solution.

I realized, though, as I was recommending everyone get my book from the library rather than buying it in a bookstore, that my publisher probably didn’t appreciate my handing out this advice. And frankly, it made me a little nervous: I depend for my living on my writing, so if everyone got my book from the library, it wouldn’t sell any copies, and then my publisher wouldn’t pay me to write any more books. We can’t have too many people using the socialized information repository when authors are reliant on a capitalist publishing industry! In fact, a strange thing about the library is that we intentionally preserve an unnecessary inefficiency in order to keep the current content financing model afloat. Your library could just give you DRM-free PDFs of my book and every issue of Current Affairs for free, but instead they make you go to the magazine room or check out one of a limited number of copies of the book, because while we want books and magazines to be free, we cannot have them be as free as it is possible to make them, or it would hurt the publishing industry too much. (Libraries preserve the fiction that there are a select number of “copies” available of a digital book, even though this is ludicrous, because abandoning the fiction would hurt publishers. They could offer every book ever written to anyone at any time. They just can’t do it legally.)

‘For me, the image of an unarmed biracial teenager with his arms up immediately evokes the “Hands Up, Don’t Shoot” chant. It’s a phrase that some Black Lives Matters protestors are still using in 2020 to call out police brutality. But even if audience members don’t make the same connection as I did, they can still recognize how unfair it is that Miles is held at gunpoint for something he didn’t do, and how terrified he is in that moment. Whether viewers are aware of what real-world connections the scene evokes or not, they are still exposed to an important lesson. It’s an image that simply wouldn’t have carried the same weight if we didn’t see Miles’ true face.

I could go on forever about all the subtle touches that made the story of Miles Morales such a beacon of representation when it was released…but the film’s many accolades speak for themselves. Into the Spider-verse won the Academy Award for Best Animated feature film. And it did so without turning Miles into a spider (or a verse, or anything else) in telling his story. Audiences watch him defeat supervillains and earn the respect of allies, seeing him as a biracial teenager for the movie’s entire runtime. It’s a sentence that bears repeating: Miles is himself the entire time.’ 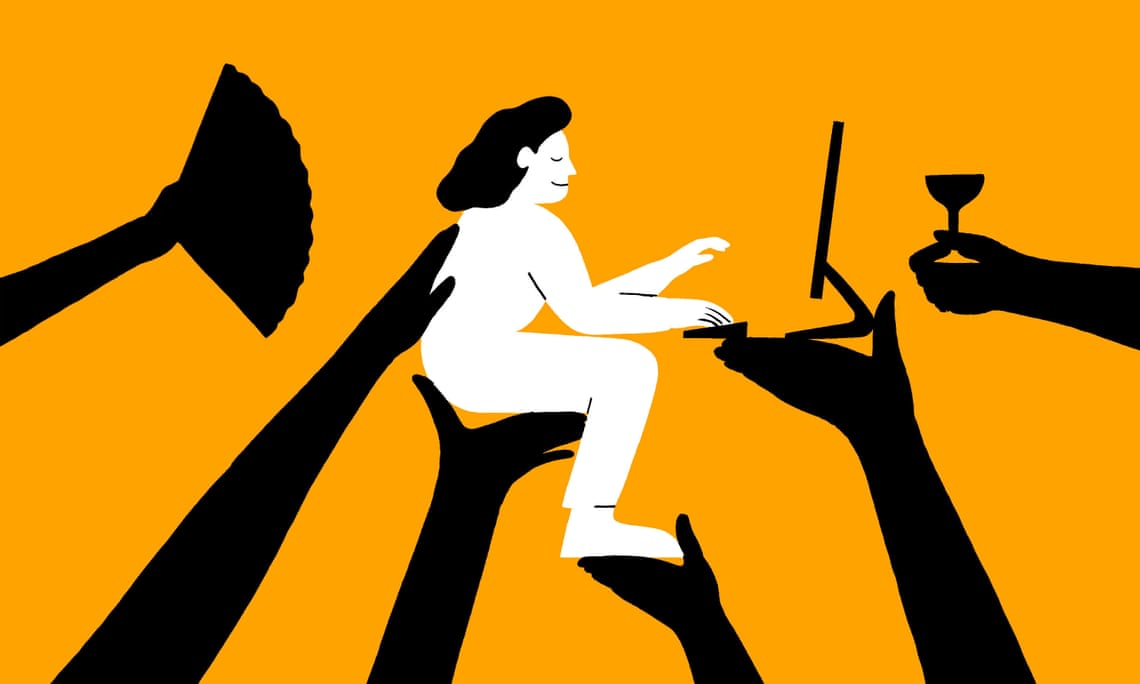 Like most other American systems and professions, delusions around meritocracy continue to pervade the writing world. Those of us who are not bolstered by outside sources, those of us who are but still struggle, and say it out loud, often run the risk of seeming whiny or ungrateful; maybe we worry we will just be thought not good enough. To be a writer is a choice, after all, and I continue to make it. But perpetuating the delusion that the choice is not impossibly risky, precarity-inducing, only hurts the participants’ ability to reconsider the various shapes their lives might take in service of sustaining it and them.

That kind of reality distortion filter combined with prioritizing chasing bestsellers, the primary audience for which is typically defined as “white, middle class women readers, and their book clubs,” leads to things like The Witcher being framed as a niche IP; American Dirt as a disingenuous representative of #OwnVoices; and vibrant communities co-opted and reframed to fit, and prioritize, the white gaze.

How a publisher defines, segments, and prioritizes its audience impacts every decision it makes about every book it acquires, publishes, and markets. As I noted in the new annual report for the Panorama Project, despite the growth in ebooks and audiobooks over the past decade, there are reportedly fewer people reading books today, and fierce competition for their attention and discretionary spending. In the absence of any major consumer research focusing on how book consumption and purchasing behavior has changed over the past five years, there are many unsupported theories attempting to explain why consumer ebook sales plateaued, and then began a gradual decline.

Consumer pricing, library lending, and self-publishing are believed to be among the primary factors, while little consideration has been given to the impact of other forms of digital media that have experienced exponential growth—including film, TV, and gaming.