“The interesting question at this point is not whether fan fiction can be good, by familiar literary standards. (Of course it can; cf. Virgil.) Rather, it’s this: What is fan fiction especially, or uniquely, good at, or good for? Early defenses presented the practice as a way station, or an incubator. Writers who started out with fanfic and then found the proper mix of critique and encouragement could go on to publish “real” (and remunerated) work. Other defenses, [focused] on slash, described it as a kind of safety valve: a substitute for desires that could not be articulated, much less acted out, in our real world. If women want to imagine sex between people who are both empowered, and equal, the argument ran, we may have to imagine two men. In space.

It’s true that a lot of fanfic is sexy, and that much of the sex is kinky, or taboo, or queer. But lots of fanfic has no more sex than the latest “Spider-Man” film (which is to say none at all, more or less). Moreover, as that shy proto-fan T. S. Eliot once put it, “nothing in this world or the next is a substitute for anything else.” It’s a mistake to see fanfic only as faute de mieux, a second choice, a replacement. Fanfic can, of course, pay homage to source texts, and let us imagine more life in their worlds; it can be like going back to a restaurant you loved, or like learning to cook that restaurant’s food. It can also be a way to critique sources, as when race-bending writers show what might change if Agent Scully were black. (Coppa has compared the writing of fanfic to the restaging of Shakespeare’s plays.)

Moreover, fanfic requires neither cultural capital nor much actual capital to make. You don’t have to take a class, or move to the city, or find an angel, or find an agent; most of your readers may never know your offline name. For all these reasons, fanfic can give its creators a powerful sense of participatory equality. In this respect, what Coppa calls its “defiantly amateur” scene is a far cry from the world of trade publishers and prestige novelists, and a bit more like the avant-garde-poetry world in the nineteen-seventies, where the slogan was “Work your ass off to change the language & never get famous,” or else like American indie rock before Nirvana, except that—and it’s a notable difference—the fanfic world is largely female.”

We should try to keep the different meanings of ‘classical’ distinct, but they easily bleed into one another. It should be clear from this book that plenty of ancient literature is ‘romantic’, in any of the senses of another elusive word. At the end of a survey of classical antiquity we may also be sturck by how original are all its greatest writers. This is worth stressing, as the idea is around that the ancients were not so much concerned with originality. it is commonly said that these authors were keenly conscious of the genres in which they worked, and of the rules or at least the expectations that each genre brought with it. There is a kernel of truth in this, but the ‘rules’ of genre should be understood as a description of those ways of writing which authors found congenial and rewarding, not as a set of pre-existent commands that authors felt obliged to obey. (One might compare a modern genre, the Hollywood epic, which has some familiar rules or conventions, but only because some cultural authority has imposed them.) Whenever rules hardened into commands (and this did happen sometimes in antiquity), it was a sign that the creative spark was fading. As we have seen, Latin literature as a whole was secondary, written under the shadow of Greece, but the best Latin writers are the ones who found ways of being original despite this.

And these are the truths that the great spirits of later centuries understood. Shakespeare and Milton, the architects of the Renaissance and Baroque eras, Titian and Tintoretto did not find that their classical sources inhibited them; rather, they stimulated our parents, and on the whole they have been good parents. The healthy fledgling quits the nest, and it is among the achievements of the best ancient authors that, properly appreciated, they have enabled us to fly free.”

Is ‘Westworld’ HBO’s Next Big Hit? 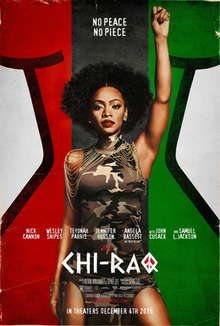