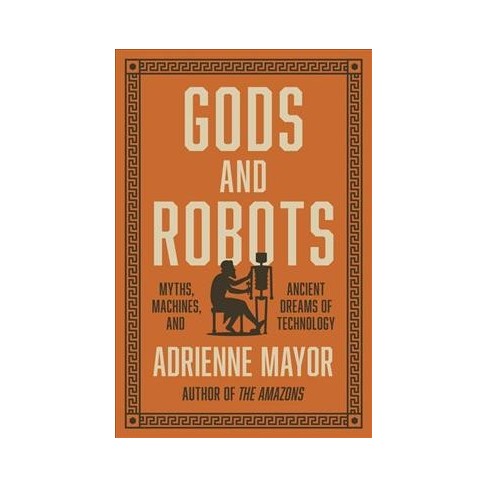 “The artistic decision to show Prometheus constructing the first human starting with the bone structure likens the Titan to a sculptor who constructs a statue upon a model skeleton. Kanaboi, skeletal forms, usually of wood, were used by ancient sculptors as the internal core around which they would attach clay, wax, or plaster in the first states of creating statues….

In all the variants of the Prometheus creation myth, the realistic forms of humans become the reality they portray: they become real men and women. This paradoxical perspective taps into the timeless idea that humans are somehow automata of the gods. The almost subconscious fear that we could be soulless machines manipulated by other powers poses a profound philosophical conundrum that has been pondered since ancient times: If we are the creations of the gods or unknown forces, how can we have self-identity, agency, and free will?’ – “Pygmalion and Prometheus”

‘The passages about the tripods and the automatically opening gates of Olympus (Iliad 5.749 and 18.376) are the earliest appearances of the ancient Greek word…automaton, “acting of one’s own will.” In the fourth century BC, Aristotle quoted the Homeric verse and referred to the tripod-carts as automata… Among the thaumata, “wonders,” were tripodes de automatatoi and automated cupbearers that attended royal banquets. As many modern historians have remarked the self-moving tripods serving the Olympian gods calls to mind modern self-propelled, laborsaving machines, driverless cars, and military-industrial robots. Homer’s myth reminds us that the impulse to “automate” is extremely ancient.

The tripods created by the blacksmith god were mindless machines. But Hephaestus also fabricated wondrous automata in the shape of human beings with special abilities. One example appears in a fragment of a lost poem by Pindar. The scrap of poetry tells how Hephaestus made a bronze temple for Apollo, god of music, at Delphi. The pediment of the temple was graced by the Keledones Chryseai, “Golden Charmers,” six golden statues of women who could sing. In the second century AD, the Greek traveler Pausanias (10.5.12) investigated the existence of the singing statues. He visited the site but learned that the bronze temple and the statues had long ago either toppled into a chasm during an earthquake or melted in a fire.

… “Hephaestus’s Golden Maidens set the standard for artificial life,” remarks a scholar of classical and modern fiction. With “human intelligence and bodies indistinguishable from the real thing,” the Golden Maidens are exceptional “divine artifacts in that they are composed of metal but have human-like abilities.” The mythic gold helpers seem to presage modern notions of thought-controlled machines and AI. Like other automata made by Hephaestus, however, their inner workings are cryptic “black boxes.”’ – “Hephaestus.”

GODS IN OUR MACHINES BY G.B. GABBLER

ON PANDORA AND ANIMATE STATUES:

QUOTES ON HEPHAISTOS FROM FACING THE GODS:

ON HEPHAESTUS’S PANDORA: “HESIOD NEVER HER CALLS HER THE FIRST WOMAN—OR EVEN A WOMAN, PERIOD.”