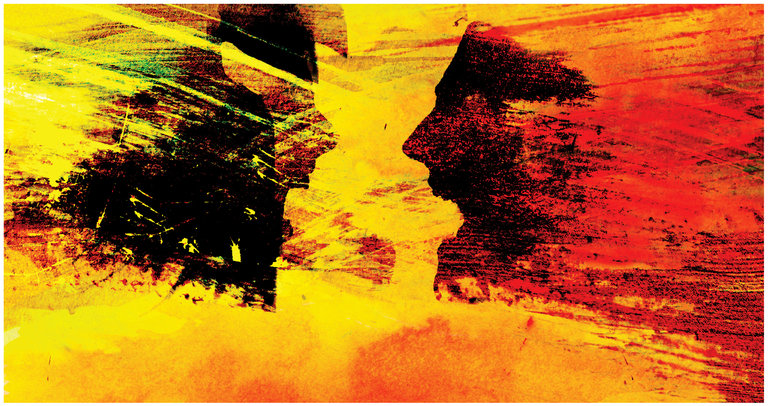 The very first word in the history of Western literature is “rage” or “wrath.” For that is how Homer’s “Iliad” begins. Composed some time in the eighth century B.C., it starts with a call to the Muse, the goddess of inspiration, to help tell the story of the “wrath” of Achilles (menin in the original Greek) — and of the incalculable sorrows and the terrible deaths of so many brave warriors that this wrath caused. Homer’s epic, set during the mythical war between Greeks and Trojans, is as much about anger, private vendetta and its fatal consequences as it is about heroic combat and the clash of two ancient superpowers. What happens, the poem asks, when your best warrior is so furious at a personal insult that he withdraws from the war and simply refuses to fight? What are the costs, to use the modern coinage, of “Achilles sulking in his tent”?

In “Enraged,” Emily Katz Anhalt, a professor at Sarah Lawrence College, offers an engaging and sometimes inspiring guide to the rich complexities of the “Iliad.” Her underlying point is that, from its earliest origins, Western literature questioned the values of the society that produced it. The “Iliad” is no jingoistic Greek anthem, proudly celebrating the achievements of its warrior heroes and their struggles for military, political and personal glory (their struggles, as she sums it up, to be “best”). The poem both encapsulates and simultaneously challenges that worldview, by asking what “bestness” is and what the costs of such a competitive culture are.

The 10-year Trojan War was fought to protect the honor of one Greek king, whose wife, Helen, had been stolen by — or had run off with — a Trojan prince. It must always have been very hard to listen to the “Iliad” (it was originally delivered orally) without wondering whether being “best” really should mean deploying almost unlimited resources and sacrificing the lives of countless friends and allies to avenge such a personal slight. Or, to put it in our terms, was the military response proportionate to the provocation? The dilemma in Homer’s plot, which focused on a few days’ slice of the action, is similar. In a public contest of bravado, clout and honor, Achilles had been forced to give up a captive girl, who was his favorite spoil of war, to the Greek commander in chief, Agamemnon. It was for that reason — the dishonor more than the girl herself — that he sulked off from the fight and by his absence caused the deaths of many dear to him. “Was he justified?” is the obvious and, in terms of traditional heroic codes of honor, the radical question.

No less radical are the different perspectives on the story that Homer encourages his listeners and readers to adopt.