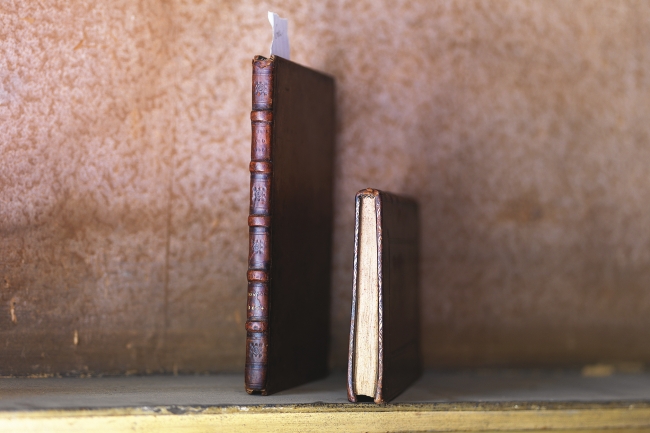 “As a philosopher, I was long acquainted with the word ‘corpus,’ a body of work written by a particular author. I knew, at least in theory, that corpora grow slowly in tandem with the lives of writers; that certain ones are more coherent and well-functioning than others; that they deserve to be carefully dissected; that they can be abused or desecrated when they aren’t; and that they constitute the literary remains of a person when he or she is long gone. Most scholars share this vague respect for ‘the body of work,’ but with the advent of e-readers and digital-only publications it is increasingly difficult to fully grasp writing’s corporeal nature…

If they are precious to us it is, at least in part, because their physical forms, so appealing and vulnerable, mirror ours in their inevitable decay. We smell them, run our fingers down their backs, page through them, and share our homes and lives with them. No wonder Borges couldn’t sleep, and Jefferson couldn’t live, without their paper bodies.”