We saw this back in January, and it was surprisingly better than I thought it was going to be. 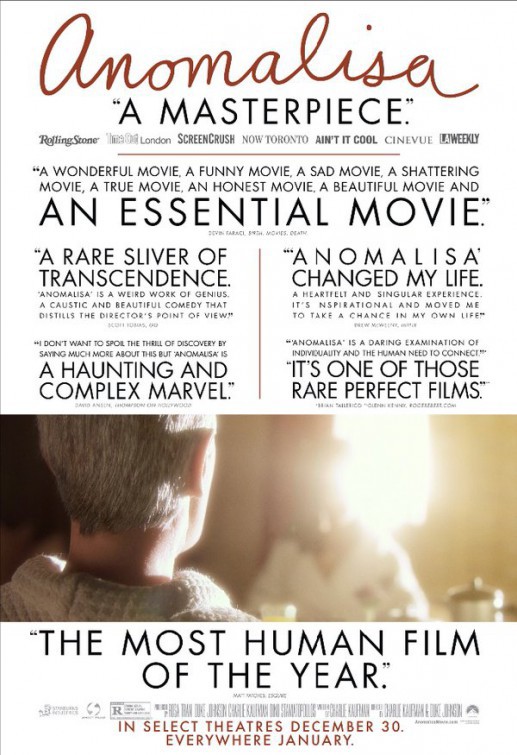 But, here is the thought(s)/questions I’m left wondering [spoilers]:

1. Was the Japanese automaton a symbol for the woman he truly wants? The automaton’s voice at the end was the only distinct non-Tom Noonan voice left. Was the automaton the only true Anomalisa? Or maybe the anomalisa was himself–that he can never find someone as original as his own person?

2. Was the glitchy dream really necessary? Indeed, are any dream sequences necessary? While it reminded the audience that they were dealing with puppet-dolls (which is ironic because part of the plot centers around said puppets dealing with an antique sex doll/automaton), did this add anything to the greater theme other than irony? It tired the point, for sure.

3. Also, it bothered us that all the characters were white, even though, yes, they were supposed to have the same face. Adding diversity of skin tone probably would have made it harder to notice they were all the same (which was kind of hard to notice as purposeful to begin with). But I’m sure something else could have been done to drive home that point that didn’t involve whitewashing every human being alive.

If you’ve got some thoughts on this movie, please tell us below!